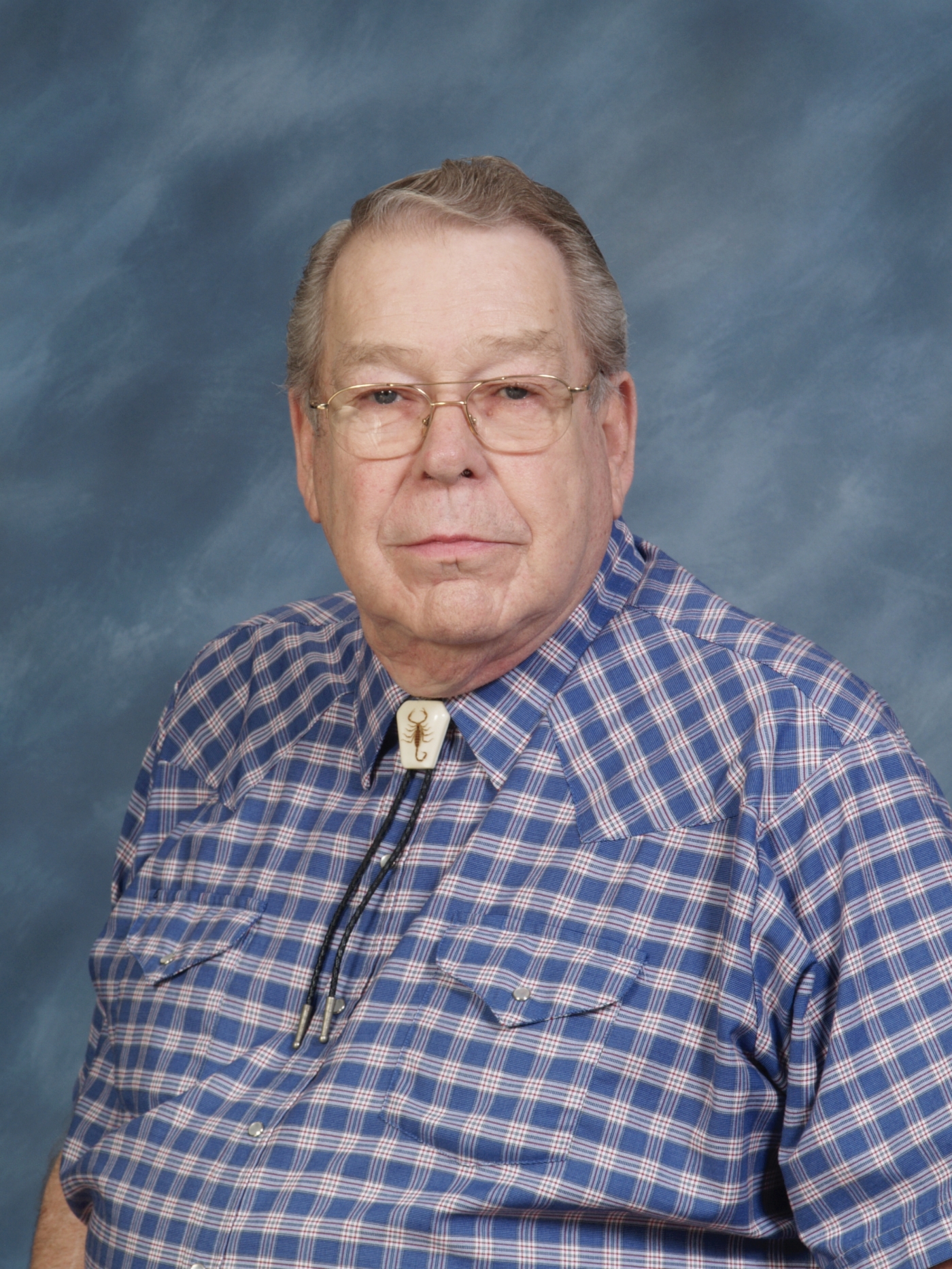 Today we are gathered to remember, to laugh, and to celebrate the extraordinary life of the one and only George Elvin Kenworthy. On behalf of the family, I want to thank all of you for joining us today. George loved to be the center of attention and would no doubt be thrilled to see so many familiar faces here to celebrate him.

I had the privilege of being George’s GREAT niece (and he liked to stress he was my GREAT Uncle in return). Years ago he asked me to come and baptize him. I was happy to do so and just before we went into the baptismal George seemed a bit nervous.

“You know I don’t really like water – what exactly are you going to do?” he asked. “Well George it’s simple, I’m just going to dunk you under the water and then bring you right back up.”

I looked at him, and with the most serious face I could muster I said, “Well, you know I do have to hold you under until the bubbles stop…. You know, to get all the sin out.”

He stared at me for a minute before I broke and we both started laughing.

“You better not or I’ll be down there all day!”.

He always had such a sense of humor.

George was my Grandma’s kid brother, so I grew up hearing countless stories about the shenanigans he and his brother Kenny would get themselves into. George and Kenny once thought it would be a good idea to play baseball in my Grandma’s house…..with raw eggs and cookie sheets. The fact that both of them lived to tell the tale is a miracle on par with the parting of the red sea. I’m surprised she didn’t send them both to meet their maker right on the spot.

Quite the pair, George and Kenny once took Lola snipe hunting, convincing her to go out looking for this mythic (and made up) creature. He teased Lola when he would visit her and her husband Amos, running his finger across the top of her refrigerator and teasing her about the dust. From that moment on she made sure that there wasn’t a speck of dust for him to tease about.

He always carried a pistol with about 500 rubber bands wrapped around the handle. One time we were having a family dinner at Grandma’s and he caught her wrath when she told him the “damn thing doesn’t belong on the dinner table”. Though he would make her crazy at times she adored him and would often make him a special batch of macaroni salad or a double portion of her signature peanut brittle, even though he wasn’t supposed to have it.

He did his best to tease his mother, Grandma Lydie, threatening to eat her special stash of Fannie Mae mint melt-always she kept in her nightstand at the nursing home. Without missing a beat she would threaten to beat him with his own cane. She was maybe 80lbs soaking wet, but George knew when to shut it down. She wasn’t having any of his nonsense and that alone was good entertainment for the rest of us.

A proud father he was eager to assist when the girls were little. He and Sharon took opposite shifts so they wouldn’t need to leave the girls with a sitter. Teresa was apparently a colicky baby and desperate to sooth her, George found that bundling her up and laying her on the seat of his running Harley would calm her in no time. It was when he decided to just start taking her for rides on the Harley that Sharon got worried.

As a new father, he was very committed to being sure Teresa got her “vitamins”. When Sharon questioned how many droppers of the syrup he was giving her she found that it wasn’t vitamins he was administering, but coca cola. To this day – she still loves it. (Though I hope you’ve found a proper source of vitamins).

He loved to take his girls for adventures, Lisa recalled a time that they spotted a rainbow and he quickly packed them up in the car and set to find the pot of gold at the end. They wondered through back roads for hours in hot pursuit with the girls shouting out directions, telling him where to turn.

Never one to sit idly for any amount of time he was always on the move. He had places to go and people to see, and the girls were his built in entourage. Whether it was the police station, the body shop, a gas station, or restaurant, George had a friend in every out post and they were quick to shower the girls with candy, cokes, and treats. It was good to be one of George’s girls.

He loved music and would often sing to his girls, whether it was to wake them for school in the morning, or just to serenade them for no apparent reason. He had a booming voice that always announced his arrival and was quickly followed with laughter that would fill the room.

As a big kid himself, George delighted in being a Grandfather and was always ready with a quick prank, witty joke, or a squeaker in his pocket to make the kids laugh. George was a clown. Literally. As a retired police officer it made perfect sense that he would go on to become a professional clown with his face, purple wig, white tuxedo, and clown name in the national registry. Paps was serious “funny” business and he made sure to include his grandchildren in the act. Lisa recalled a specific occasion when Paps made up her three kiddos to be clowns to join him in the Christmas Parade. Giggles ensued and Paps now had his own band of merry makers to join him on the route.

George once got his friend Steve fired while buying a car. Always one to haggle, he was deep in negotiations with Steve’s father over the price of the vehicle. Steve stood behind his dad and signaled for George to drive the price $500 lower. Steve’s dad fired him, George got the car, and a friendship was born.

George loved to talk to them about cars and would impress them with his ability to name any car make, model, or year at a moments notice. He often met Amanda and her kiddos in Frankfort to have dinner at Ponderosa. Papa George and the kids would come up with crazy food combinations to try like chicken fingers dipped in chocolate pudding. He and his “old buddy Henry” shared a special bond as George saw much of himself in his young protégé. George loved it when the kids would come visit him at the Soldiers Home and take him to the rec room for a bit of afternoon fun.

What’s “sudsing” you ask? It would seem that George would sometimes find himself on a beat that was a bit boring. So he and his partner would fill a cup with dish soap and casually stroll past the fountain at the courthouse and tip the cup inside, resulting in an eruption of bubbles and foam that overtook the fountain and drifted on to the sidewalk.

When his niece and nephew were married he hand-cuffed the new couple together after the wedding. They’re still married over 50 years later. While visiting his sister Lola he would call to her girls by mooing over the speaker of his police car. A constant prankster, even the badge couldn’t counter his ornery nature.

He gave my brother his first “job” selling popcorn at street fairs. They both carried the exact same pocket knife out of strange luck. Except his has “PIG” (pride integrity guts) engraved in it which he said made his better.   He always said that Andy was “red headed like a coon tail” which perplexed both my brother and I. Coon tails were not red, they were black and white and my brothers hair was (and is) decidedly red. As adults we would ask George what he meant and he would simply state “well boy you’re just red headed like a coon tail”. It made no sense, like much of the crazy nonsense he made up to get a laugh. (you can google it – it’s just a George thing)

One summer he decided he wanted to be an ice cream man. Loaded up with all the best ice cream treats and a few weeks in decided it was just too much work. He backed the van into our driveway and emptied it into our chest freezer. It was so full I remember putting boxes on it to make sure the lid stayed shut. My brother and I had the most epic summer, trading rocket pops and fudgesicles for the use of the neighbor’s pogo ball or bike. We were the King and Queen of Ouabache Ct. and the kids lined up to gain our favor in the form of a push up pop or drumstick.

George’s clowning career fell squarely during my high school years and when I graduated he coordinated with my Grandma to put his moon bounce in her front yard for my party. Paps wasn’t available to make an appearance (allegedly) but was there in spirit as he donned a custom air brushed t-shirt with Paps’ face on it. Despite being a not so popular and all together forgettable student, my graduation party was legendary as no one had a moon bounce to make things more fun.

You could never guess what exactly George was up to. Police Officer, Civil Defense Director, Free Mason, Professional Clown, Ballroom Dancer who was very light on his feet, Ventriloquist with a real Dummy, Ice Cream Man, Car transporter, and Street Fair vendor.

George was larger than life, a storyteller who could out talk anyone at the table. If you had a tale to tell he could top it, and generally with great ease. I have so many memories sitting around my Grandma and Grandpa’s table, wide eyed, totally entranced as George would spin a story over coffee and cookies, “You better kick up your shoes kids, it’s getting deep in here” my Grandma would say, sending George stammering to defend his story. Laughter would ensue and the stories would continue for hours at a time. He led a life of wit and whimsy with eyes set always on his next big act.

And now, he is no doubt reunited with his parents and siblings, the Kenworthy clan together again. As his niece, I certainly grieve with the family as we steady ourselves mourning one more loss in what has been a relentless year of tears. As believers we have peace knowing he is with his maker.

Author Daniel Wallace once said, “When a man’s stories are remembered, then he is immortal.”

To Teresa, Lisa, and Amanda – I believe I can speak for everyone in this place, saying that your father, though no longer here physically, will live on in our collective memories for a lifetime. As you grieve please do not hesitate to reach out to those who love you, and who loved your father, and ask them to tell you a story. To those of us who loved George, let us honor his legacy by being intentional as we check in on his girls in the days and weeks to come. May his stories become salve for your broken hearts guiding you to brighter days ahead where tears of sadness are replaced with those of joy and laughter. 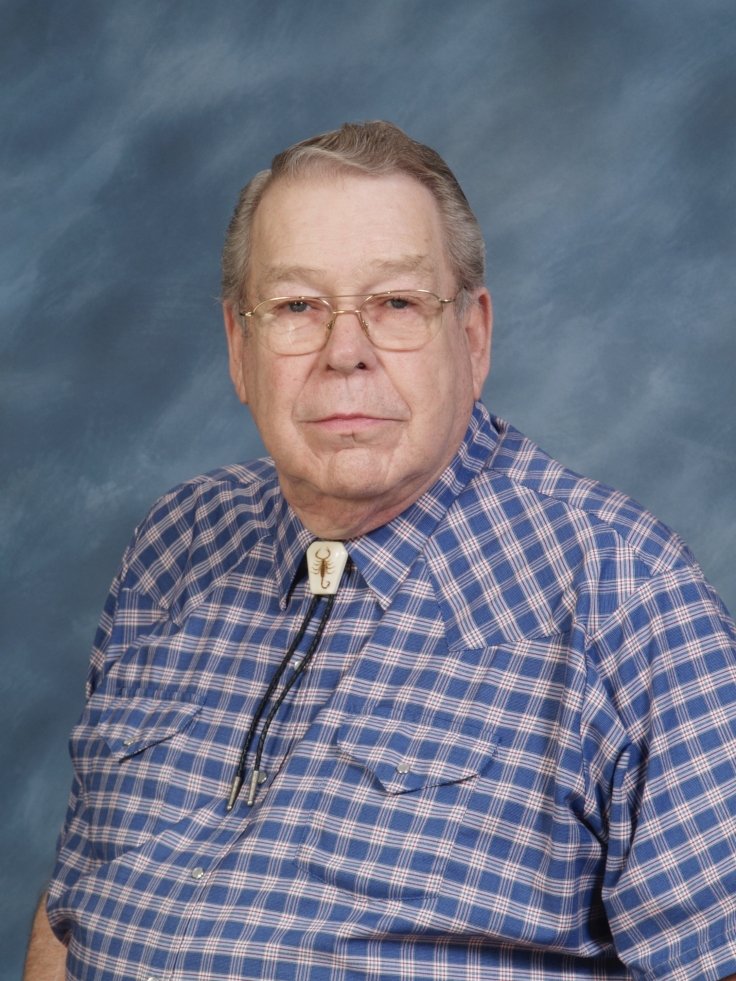